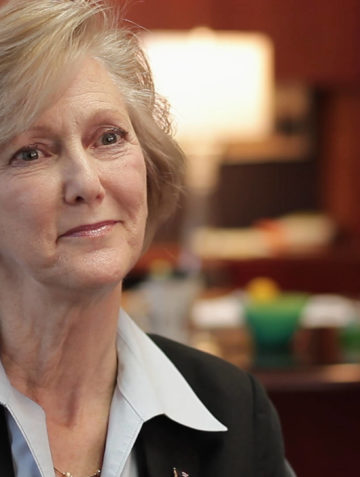 Director of the Foreign Service Institute

Nancy McEldowney was appointed by Secretary Kerry to her current position as Director of the Foreign Service Institute in February of 2013. Previously, she served as President and Senior Vice President of the National Defense University. Ambassador McEldowney has also served as Principal Deputy Assistant Secretary in the Bureau of European and Eurasian Affairs and at the White House as Director of European Affairs on the National Security Council Staff. Overseas, she served as Ambassador to the Republic of Bulgaria and as Chargé and Deputy Chief of Mission in Turkey and Azerbaijan.

Ambassador McEldowney has been granted the State Department’s Superior Honor Award on five occasions.  She is also the recipient of the Sinclair Linguistic Award and of the Chairman of the Joint Chief’s Joint Distinguished Civilian Service Award.