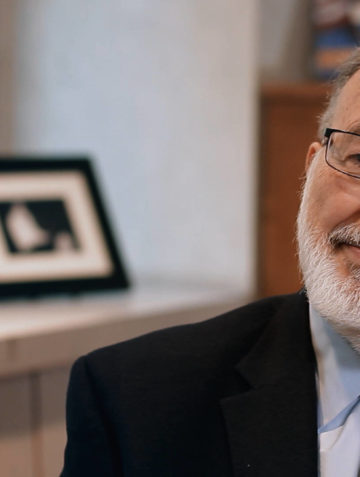 Distinguished Professor of American, Urban, and Social History at CUNY

Quote: “You’re the head of family and your daughter is turned around [on Ellis Island]. What do you do? Do you go back with the rest of your family and perhaps give up the possibilities that you had for you here? […] It was devastating for a lot of people.”

Thomas Kessner was appointed as Distinguished Professor at the Graduate Center in 2005. His special areas of interest are American urban and social history and the history of New York City. He has published several books, includingThe Flight of the Century: Charles A. Lindbergh and the Rise of American Aviation (2010); Capital City: New York City and the Men Behind America’s Rise to Economic Dominance, 1860–1900 (2003); Fiorello H. LaGuardia and the Making of Modern New York (1989); and The Golden Door (1977), a study of immigrant life and economic mobility in New York City.

Kessner’s work has garnered awards and fellowships from the Rockefeller Foundation, the National Endowment for the Humanities, and the American Council of Learned Societies. He has served as a consultant to the New York City Board of Education, the Ellis Island Museum, the New-York Historical Society, the Museum of the City of New York, and many other scholarly and professional institutions. He was also an associate editor for the Encyclopedia of New York City.