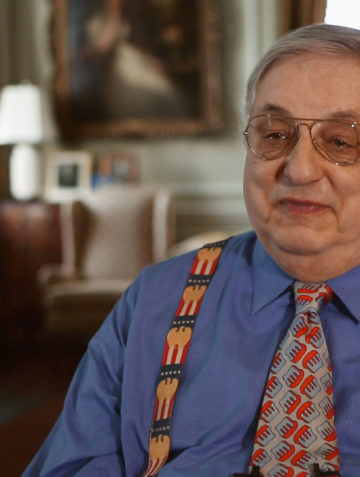 Quote: “There’s a major distinction between the military who has an objective: take this hill, win this war, protect this strait. Those are very defined goals. […]The diplomatic service is about relationships, developing those relationships over time. It is not a one-shot deal.”

Regarded by many as a ‘diplomat’s diplomat,’ Tex Harris served with distinction during a 35-year Foreign Service career. Beginning in 1965, his posts were varied and often dangerous, such as Venezuela just as a Fidel Castro-supported insurgency was breaking out, Argentina at the height of the ‘dirty war’ and South Africa in the 1980s during the transition from apartheid. Harris also served in Australia and as an associate administrator of the Environmental Protection Agency. He earned the Distinguished Honor Award, the State Department’s highest, for his work in Argentina in the late 1970s exposing the fate of the 15,000 citizens clandestinely killed by the military junta.

Tex Harris also served in the Bureau of Economic Affairs, as an attorney for the White House, and between 1974 and 1977 as an environmental assistant who drafted the first international call for controlling the release of chlorofluorocarbons (CFCs) to protect atmospheric ozone.

Consistently a courageous advocate of the professional interests of FSOs, in 1970 he joined Tom Boyatt in leading the transformation of the American Foreign Service Association (AFSA) into a strong advocate of employee interests. Serving twice as AFSA president, Harris became known to his colleagues as “Mr. AFSA.” Following his retirement in 1999, he continued his close involvement with that organization and in 2000 he established the “Tex Harris Award” for creative dissent by a Foreign Service specialist.