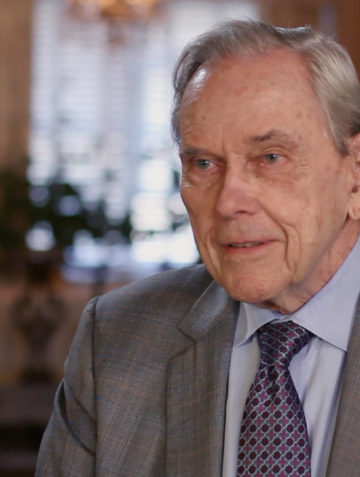 Quote: “There’s this feeling that we were, that diplomats were not interested, not concerned with American business.”

Richard Murphy had a 34-year career in the U.S. Foreign Service. At the start of his diplomatic career, he was posted to Salisbury, in the former Southern Rhodesia; Beirut, Lebanon; Aleppo, Syria; Jeddah, Saudi Arabia; and Amman, Jordan. From 1968 to 1971 he was Country Director for the Arabian Peninsula and Director of Personnel for the Bureau of Near Eastern Affairs. Between 1983 and 1989, he was Assistant Secretary of State for Near East and South Asian Affairs. In 1971 President Nixon nominated him as Ambassador to Mauritania, and in 1974 he became ambassador to Syria. He later served as Ambassador to the Philippines and Saudi Arabia.