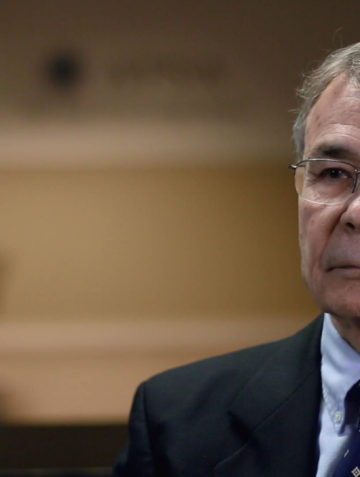 Quote: “One day my father received a letter from the consulate, inviting him in for an interview. And the interview was with Harry Bingham, who told him he’d received instructions to issue just my dad a visitor’s visa, not an immigrant visa […] he said that he couldn’t accept it, because he wasn’t going to abandon his family there in these circumstances. Bingham then said, ‘what if I offered an immigrant visa, not a visitor’s visa, but an immigrant visa for your complete family.’ So that’s how he saved us, along with many others, hundreds of other people.”