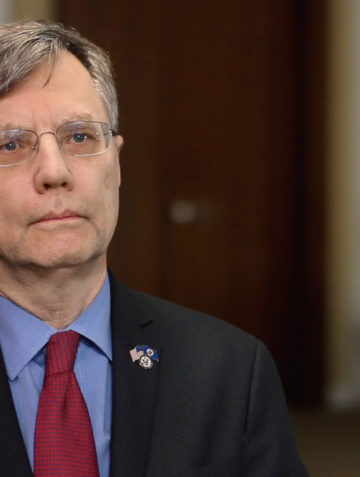 Under Secretary of State

Quote: “The reward is the information, the influence, the projection of U.S. national interests that we can obtain by being in a location working with the people there of all walks of life.”

Patrick Kennedy was confirmed by the U.S. Senate as Under Secretary of State for Management on November 6, 2007. Prior to assuming this position, he was Deputy Director of National Intelligence for Management from April 2005 to May 2007; and from February 2005 to April 2005, he headed the Transition Team that set up the newly created Office of the Director of National Intelligence.

From 1973, when Patrick Kennedy joined the Foreign Service, to 1993, he served in a number of positions in Washington and overseas, including as Management Counselor at the Embassy in Cairo and Executive Director and Deputy Executive Secretary of the Executive Secretariat.