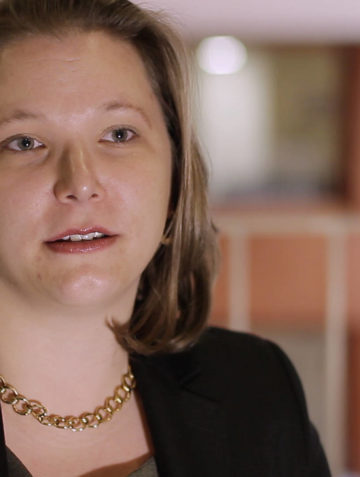 Quote: “The Foreign Service has been changing a lot. There’s a lot of people who are second or third career […]. And it’s more  diverse than it used to be. They said that my class was the first one where the gender balance was, I believe we had like one more female than male.”

Melinda Fountain is a Career Foreign Service Officer. Her first assignment was to the U.S. Mission to the UN, followed by a two-year tour in Warsaw, Poland as a Consular Officer. She is currently serving in Tbilisi, Georgia as a Political Officer. As a Political Officer, she keeps the Ambassador and Washington appraised of developments in the country on certain topics. Some of the issues she works on include covering refugees, internally displaced persons, trafficking in persons, and political-military affairs including Georgia-NATO relations.