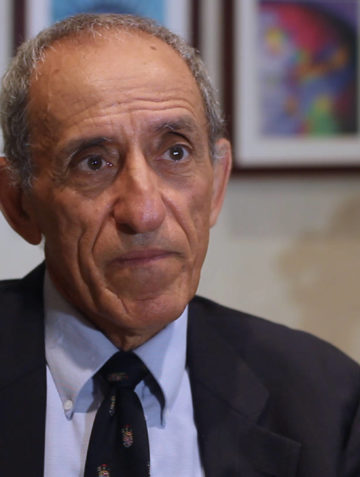 Quote: “For the same reasons we have now, unemployment, poverty, lack of opportunity—coming to the great United States where the roads and highways were lined with gold.”

Joseph Chamie has recently been appointed director of research at the Center for Migration Studies in New York. Previously, he was the Director of the United Nations Population Division. Mr. Chamie served the UN in the field of population and development both overseas and in New York for more than 25 years. Among other major duties, he was the deputy secretary-general for the 1994 UN International Conference for Population and Development.

In addition to completing numerous studies under UN authorship, he has written many studies in such areas as fertility, population estimates and projections, international migration and population and development policy. He is a member of the Council on Foreign Relations, a trustee of the Migration Policy Institute and a Great Decisions author