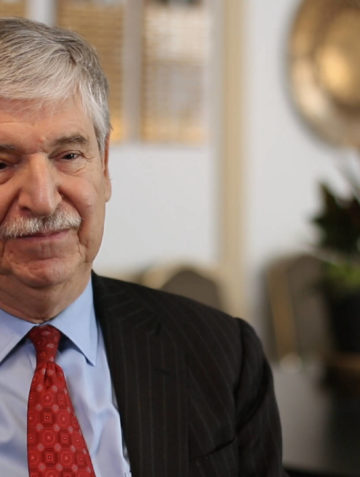 Quote: “I was actually outside that door the door on the second floor attempting to talk down the attackers and to dissuade them from what they were doing, a task which I was notably unsuccessful.”

John Limbert joined the Foreign Service in 1973. His overseas postings included Algeria, Djibouti, Iran, Saudi Arabia, and the United Arab Emirates. From 2000-2003, he was Ambassador to the Islamic Republic of Mauritania. In 1979, Limbert was a newly appointed Foreign Service officer posted to the U.S. Embassy in Tehran when it was overrun by Iranian students. Along with 52 other Americans, he would be held captive for more than a year. Asked about how his experience as a hostage in Iran changed him, Limbert said, “I think I got a new appreciation for our own profession—that is, the profession of diplomacy. And the idea of how do you solve problems between nations and between people.”