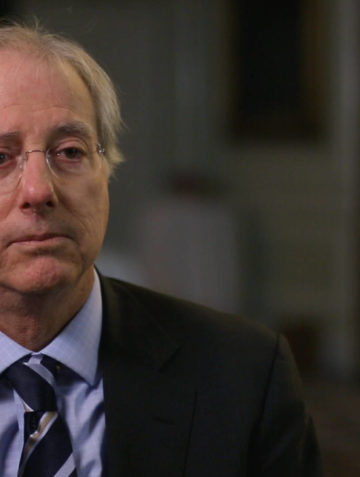 Distinguished Fellow at Washington Institute for Near East Policy

Quote: “The foreign service played a pivotal role early on in terms of helping frame what the issue [hole in the ozone layer] was going to be, helping to define who are logical partners and who are the key challenges we are going to face.”

Dennis Ross is counselor and William Davidson Distinguished Fellow at The Washington Institute for Near East Policy. Prior to returning to the Institute in 2011, he served two years as special assistant to President Obama and National Security Council senior director for the Central Region, and a year as special advisor to Secretary of State Hillary Clinton. A highly skilled diplomat, Ambassador Ross was U.S. point man on the peace process in both the George H. W. Bush and Bill Clinton administrations.