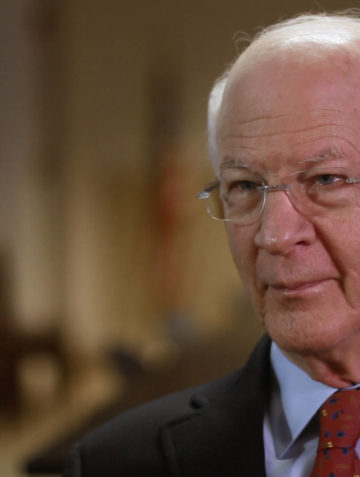 Quote: “The apartheid government, which basically became to meet that description in the late ’40s/early ’50s, was a government based on a racial doctrine of trying to keep everybody separate. It meant white minority rule, it meant oppressive rule, it meant very, very draconian police operations, it meant past laws that prevented people of color from coming into the urban areas unless they had a permit to do so.”

Chester Crocker is the James R. Schlesinger professor of strategic studies at Georgetown University’s Walsh School of Foreign Service. He served as Assistant Secretary of State for African Affairs from 1981 to 1989 in the Reagan administration. Professor Crocker was the architect of the U.S. policy of “constructive engagement” towards apartheid in South Africa and is credited with setting the terms of Namibian independence.