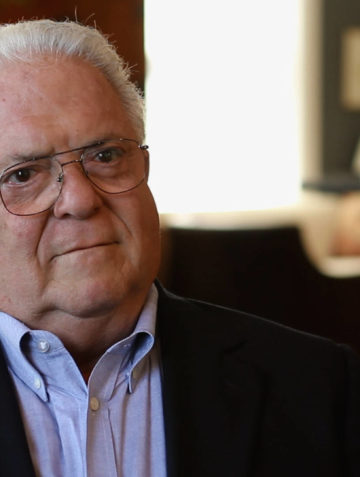 Quote: “My first tour which was in India cost me a son to bad medical care. Had we lived in the United States he would still be with us. So it is like any career of service to your country, it is one in which you make sacrifices.”

Ambassador Freeman is a senior fellow at Brown University’s Watson Institute for International and Public Affairs. He was Assistant Secretary of Defense for International Security Affairs from 1993-94, earning the highest public service awards of the Department of Defense for his roles in designing a NATO-centered post-Cold War European security system and in reestablishing defense and military relations with China.

He served as U. S. Ambassador to Saudi Arabia (during operations Desert Shield and Desert Storm). He was Principal Deputy Assistant Secretary of State for African Affairs during the historic U.S. mediation of Namibian independence from South Africa and Cuban troop withdrawal from Angola.

Ambassador Freeman served as Deputy Chief of Mission and Chargé d’Affaires in the American embassies at both Bangkok (1984-1986) and Beijing (1981-1984). He was Director for Chinese Affairs at the U.S. Department of State from 1979-1981. He was the principal American interpreter during the late President Nixon’s path-breaking visit to China in 1972. In addition to his Middle Eastern, African, East Asian and European diplomatic experience, he served in India.

He is the recipient of numerous high honors and awards. He is the author of two books on U.S. foreign policy and two on statecraft. He was the editor of the Encyclopaedia Britannica entry on “diplomacy.”  He is a sought-after speaker on a wide variety of foreign policy issues.

Ambassador Freeman is Chairman of the Board of Projects International, Inc., a Washington-based business development firm that specializes in arranging international joint ventures, acquisitions, and other business operations for its American and foreign clients. After his retirement from government, he served concurrently as co-chair of the United States China Policy Foundation, president of the Middle East Policy Council, and vice chair of the Atlantic Council of the United States.