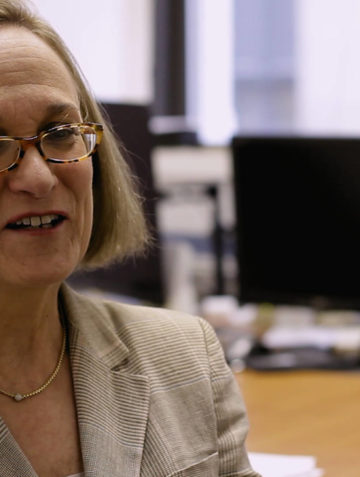 Adjunct Senior Fellow at the Council on Foreign Relations

Quote: “He [Holbrooke] brought them all [Bosnian and Serbian leaders] to a US Air Force base in Dayton and locked them down so where they were talking sensory deprivation here and didn’t let them out until they agreed. […] The terms were: ‘You are going to come and you’re not going to leave until we have a deal.”

Carla Anne Robbins is an Adjunct Senior Fellow at the Council on Foreign Relations (CFR). She is also clinical professor of national security studies at Baruch College’s School of Public Affairs. An award-winning journalist and foreign policy analyst, Dr. Robbins was deputy editorial page editor at the New York Times and chief diplomatic correspondent at the Wall Street Journal. She has reported from Latin America, Europe, Russia, and the Middle East.