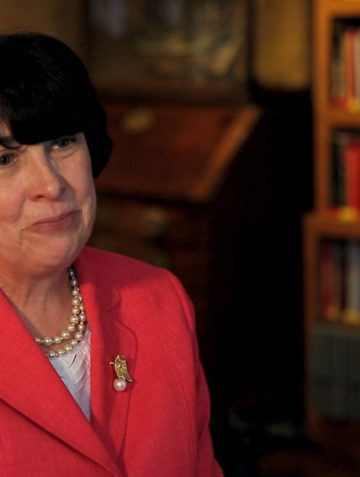 Quote: “I fear that the American government, the American people, have not made the commitment to the Department of State and to the Foreign Service and to our foreign policy that will enable us to meet those challenges and protect U.S. interests going forward.”

Brenda Sprague is the Deputy Assistant Secretary of State for Passport Services. In 1973, she joined the U.S. Foreign Service and has served at the Consulate General in Seville, Spain; at the U.S. Sinai Field Mission and at the Consulate General in Jerusalem. Mrs. Sprague has also served as a staff assistant in the Office of Operations, Bureau of Administration; special assistant to the Director General of the Multinational Force and Observers; executive director of the Bureau of Politico-Military Affairs and budget officer and deputy executive director of the Bureau of Near Eastern and South Asian Affairs.