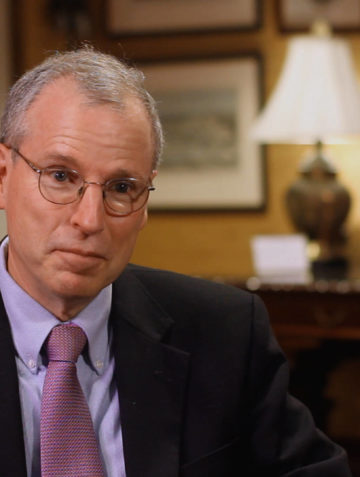 Quote: “My wife and I served in separate countries, apart from each other, for a total of 12 years. […] It’s a hard lifestyle on families.”

Prior to this, Mr. Ford was the Deputy U.S. Ambassador to Iraq from 2008 to 2010, and also served from 2006 until 2008 as the U.S. Ambassador to Algeria, where he boosted bilateral education and rule of law cooperation. Ford served as Deputy Chief of Mission in Bahrain from 2001 until 2004, and Political Counselor to the U.S. Embassy in Baghdad from 2004 until 2006 during the tumultuous establishment of the new, permanent Iraqi government.

In 2014 he received the Secretary’s Service Award, the U.S. State Department’s highest honor. He also received in April 2012 from the John F. Kennedy Library in Boston the annual Profile in Courage Award for his stout defense of human rights in Syria.  Ambassador Ford has appeared on CNN, PBS, Fox, MSNBC, NPR, the BBC and Arabic news networks as well as in the New York Times and Foreign Policy.