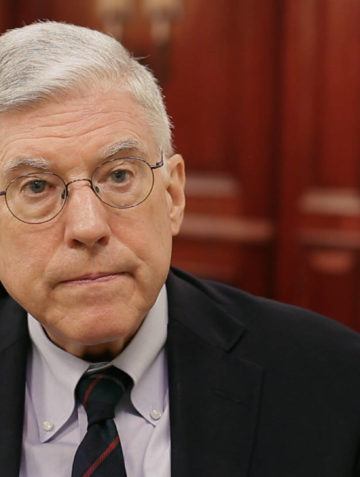 Quote: “From my perspective, political appointees too often rather resemble 19th Century British military officers who purchased their commissions.”

John Campbell is the Ralph Bunche senior fellow for Africa policy studies at the Council on Foreign Relations (CFR) in New York. Rowman & Littlefield is publishing his upcoming book on South Africa, Morning in South Africa, in May 2016, and published the second edition of his book, Nigeria: Dancing on the Brink 2013. The second edition was published in June 2013. He writes the blog “Africa in Transition” and edits the Nigeria Security Tracker.

From 1975 to 2007, Ambassador Campbell served as a U.S. Department of State Foreign Service officer. He served twice in Nigeria, as political counselor from 1988 to 1990, and as ambassador from 2004 to 2007. Ambassador Campbell’s additional overseas postings include Lyon, Paris, Geneva, and Pretoria. He also served as deputy assistant secretary for human resources, dean of the Foreign Service Institute’s School of Language Studies, and director of the Office of UN Political Affairs.
From 2007 to 2008, he was a visiting professor of international relations at the University of Wisconsin-Madison. He was also a Department of State mid-career fellow at the Woodrow Wilson School, Princeton University. Prior to his career in the Foreign Service, he taught British and French history at Mary Baldwin College in Staunton, Virginia.